The summer wedding season is already upon us.  For those in the planning stages of their future summer weddings-to-be, this beautiful featured wedding theme inspiration is for you.

How to Plan a Taste of Chicago Wedding

For the most part, your theme will not mean much to the guests (yet) until the day of the wedding.  That being said, there are two elements that can give your guests a sneak peak at your upcoming Taste of Chicago wedding.  Incorporate typical Chicago elements, sports team logos, the Chicago skyline, Lake Michigan, Navy Pier, etc., on your “save the date” cards and invitations.

Keep with the theme for these (that is, for the celebrations or events that you are planning) by focusing on one or two elements of Chicago that you love.  For example, have a Chicago-style hot dog bar at your engagement party or “request” a collection of Garrett’s Popcorn at your shower.

Anything that says “Chicago” to you and your significant other will do for wedding décor.  Maps, views of the skyline, street sign replicas for your favorite streets and intersections—they all work well with this theme.

Here are some ideas for you to consider using when building the perfect Taste of Chicago wedding:

Instead of plain table numbers and place cards, get creative by incorporating “Chicago” elements into the design of each.  For example, put a unique Chicago element on the table number cards, like “The Bean,” Grant Park, Wrigley field, Soldier Field and the Ferris wheel at Navy Pier.

Instead of table numbers in general, name the tables after the various neighborhoods in Chicago.  From Ravenswood to Roscoe Village to Rogers Park, there are plenty from which to choose.

We all know the history of Chicago and the popularity of its Prohibition Era “entrepreneurship,” so determining specialty cocktails to serve during the cocktail hour of the reception should not be much of a problem.  Just about anything goes.

As for the beer, Chicago is becoming more and more well-known for its breweries.  Serve up some of Chicago’s best beer, from the popular 312 and Goose Island beers to the up-and-coming Revolution Brewery beers.  Contact local breweries and brewpubs to inquire about getting kegs, cans or bottles of your favorite beer for your wedding.

One of the best parts of having a Taste of Chicago wedding is that there are so many different internationally-influenced dishes for which Chicago is famous.  Often based on the nationalities and backgrounds of the clusters of citizens in its neighborhoods, there is an incredible amount of delicious ethnic and international cuisine all across the city.

The fun really starts and ends with a great band or DJ.  If you are going the more traditional route and hiring a wedding band, make sure they’re a bit jazzy and can play great blues music.  Watch The Blues Brothers, which is based in Chicago, for some ideas—and jot down some of the songs from its soundtrack for your hired band to play at your wedding. 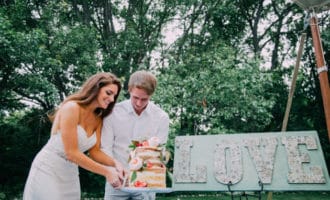 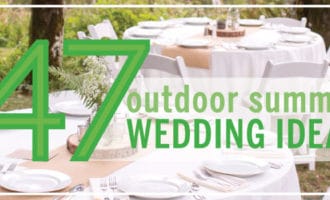 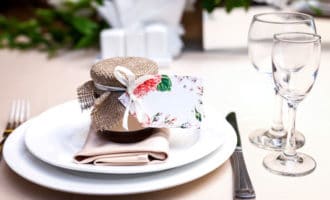 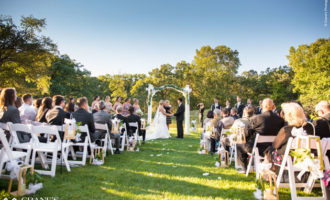