We know that companies are continually looking for ways to make their Chicago picnic memorable and distinct. However, one of the challenges to this can be breaking out of the traditional picnic mindset. You know what we mean: burgers and dogs, frisbee in the park, etc. Want to do something different? Giving your picnic an “Around the World” theme can make it truly stand out because it incorporates other cultures in fun and creative ways.

Here are some ideas for food, games, décor and music to include in your next “Around the World” company picnic. 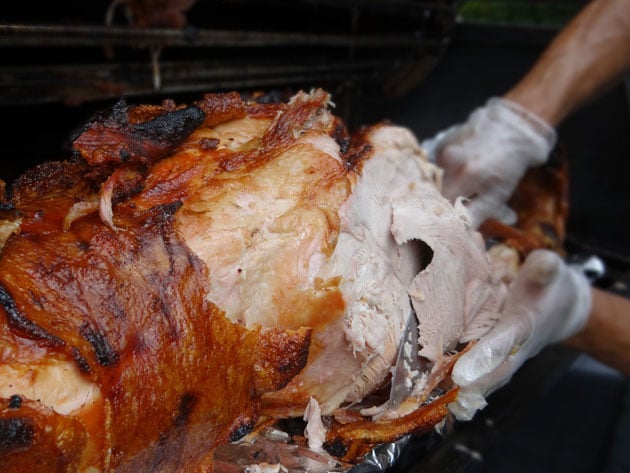 Picnic food around the world has so much variety. It’s the easiest element to incorporate and the most fun. You can check out our picnic menu  for a little inspiration, but some of our suggestions include:

Herb Rubbed Salmon Fillet – Ireland
Drizzled with lemon tahini and parsley sauce, served with a side of red pepper hummus and bread.

Bratwurst – Germany
Served with a generous side of German potato salad.

Baja Street Tacos – Mexico
Served with a side of Mexicali rice and ranchero beans.

Enchiladas and Quesadillas – Regional Latin America
Made with chicken or beef and served with spinach, artichoke, sauteed mushrooms and caramelized onions.

Tequila Lime Marinated Chicken Breasts – Argentina
Made in jerk or garlic herb varieties and served with a side of tossed garden salad. 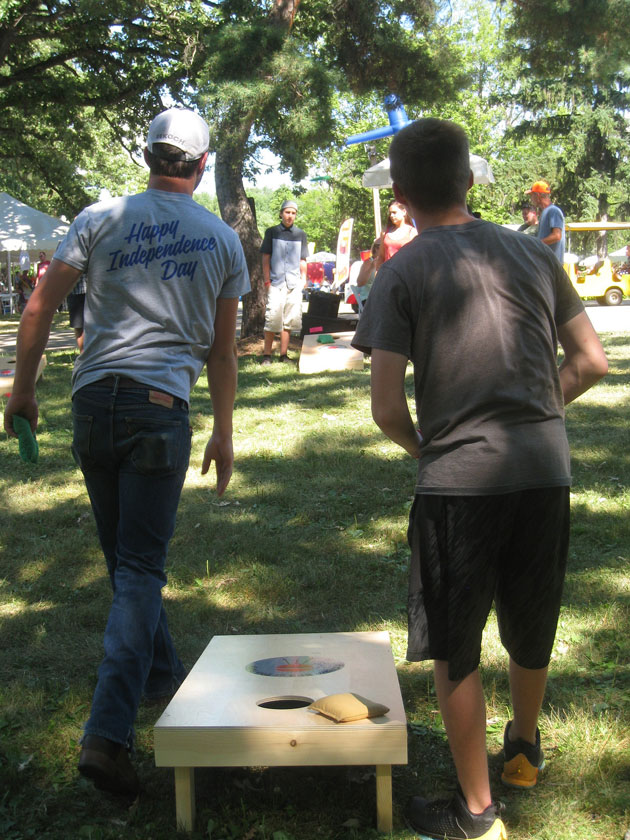 Some of the most popular picnic games from around the globe are engaging, competitive, thoughtful and super fun. Some examples include:

Kubb – Scandinavia
Kubb is a wood block tossing game for kids or adults. Two teams take turns throwing wood rods at each other’s row of home blocks. First team to knock over the other team’s blocks and then knock over the king block wins. Check out this video here to learn all about how to play.

Chess – India
One of the most popular board games in the world is a fixture for picnics in India, where it was first innovated. Two players take turns moving pieces around the checkerboard trying to put each other’s king in checkmate. It’s a great game for adults but has also been linked to helping foster growth in intelligence in children.

Egg and Spoon Races – Australia
It’s another classic picnic game believed to have been innovated in the land down under. Individuals line up at a starting line with an egg on a tiny spoon and race to the finish line while keeping the egg balanced on the spoon. If the egg falls, you must go back to the start. But if it breaks altogether, you’re out of the race.

Kite Flying – Regional Mediterranean
We’re all familiar with the concept of flying a kite. The practice is particularly common at picnics in Mediterranean nations including Spain, France, Gibraltar, Greece, Croatia, Morocco, Turkey and Lebanon.

Quoits – Great Britain
Commonly referred as ring toss or horseshoes, the game has as many variations as it does disputed origins. Some argue that it was first invented in ancient Greece, while others contend that it was created in Russia. However, the modern game as it is understood is widely attributed to the British Isles.

Soccer
From the industrial lots of London to the alleyways of Rio de Janeiro and the savannah prairies of Central Africa, nearly every nation on earth plays soccer/football. Known affectionately as “the world’s game,” it occupies a special and revered status around the globe. Two evenly numbered sides, a ball and something to represent a goal are still all you need to include it into your picnic agenda. 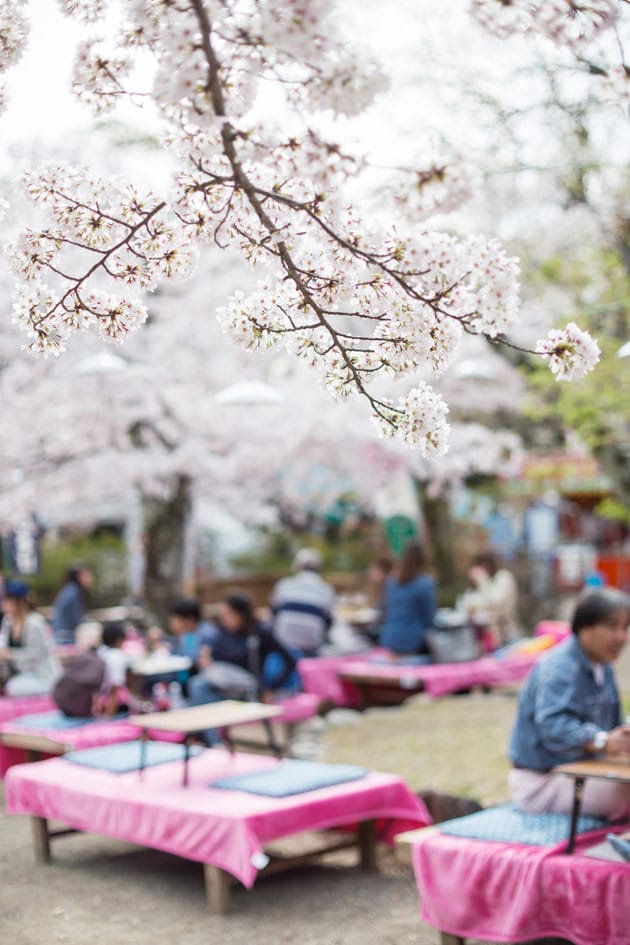 Nations from around the world give great consideration to the visual and atmospheric elements of their picnics. Some prominent examples include:

Cherry blossoms (Sakura) – Japan
Sakura are the subject of an annual festival in Japan and are held in such high regard that it’s actually illegal to export them from the country. That said, decorating your tent canopy or tables with regular cherry or apple blossoms establishes a beautiful and tranquil atmosphere for your picnic.

Authentic glassware – France
French wine is widely considered to be the highest caliber in the world, with only a handful of challengers. The inclusion of real glassware in your picnic event for sampling wines gives your event a feel of sophistication and refinement.

Cherry mats – Korea
Picnics are considered to be very social events on the Korean peninsula, and these mats represent a place for gathering outside in the grass at the park to share food and laughs with friends.

Handmade bohemian tapestry – South Africa
These beautiful tapestries can have an assortment of meanings, from sharing a family history to commemorating special events. Including handmade crafts like these at your “Around the World” picnic event can give it a feel of elegance through its meaning and the intense effort it takes to create them.

Music from Every Corner of the Globe

Establish an inclusive and globally mindful atmosphere at your next company picnic with this eclectic playlist from artists around the world! 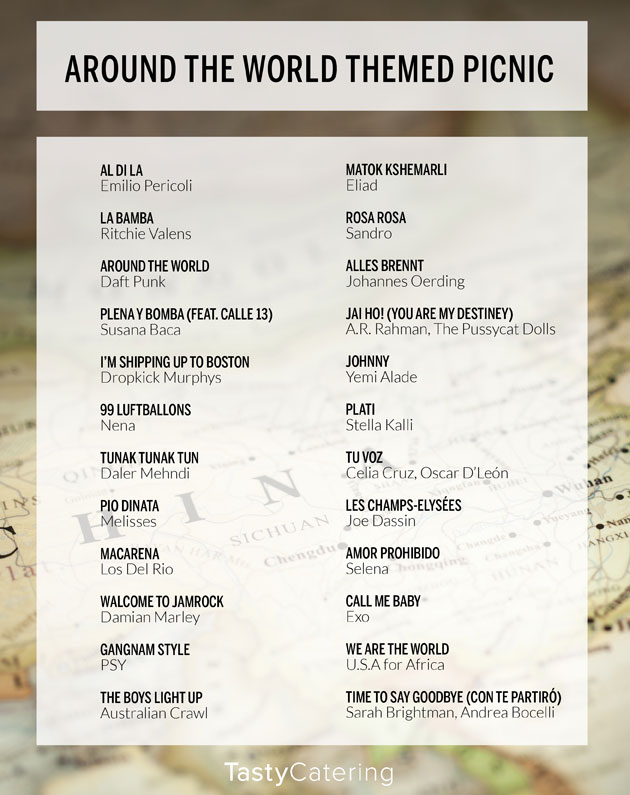 An “Around the World” picnic can be educational and fun for your employees because it gives them the chance to learn about different customs and try new things. It’s a great big world out there. So if you’re looking for ways to make your Chicago company picnic stand out, look beyond our own borders. Give our picnic planners a call at 847.593.2000 or contact online to discuss your next event in more detail. 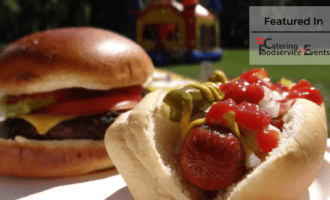 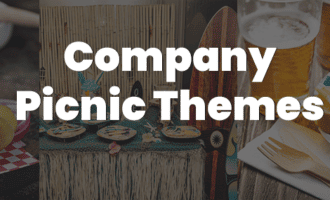 30 of the Best Company Picnic Themes 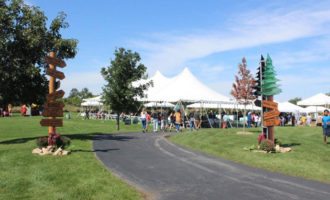 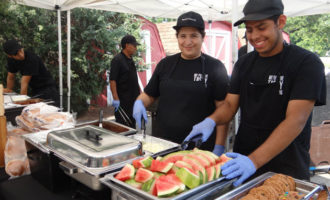